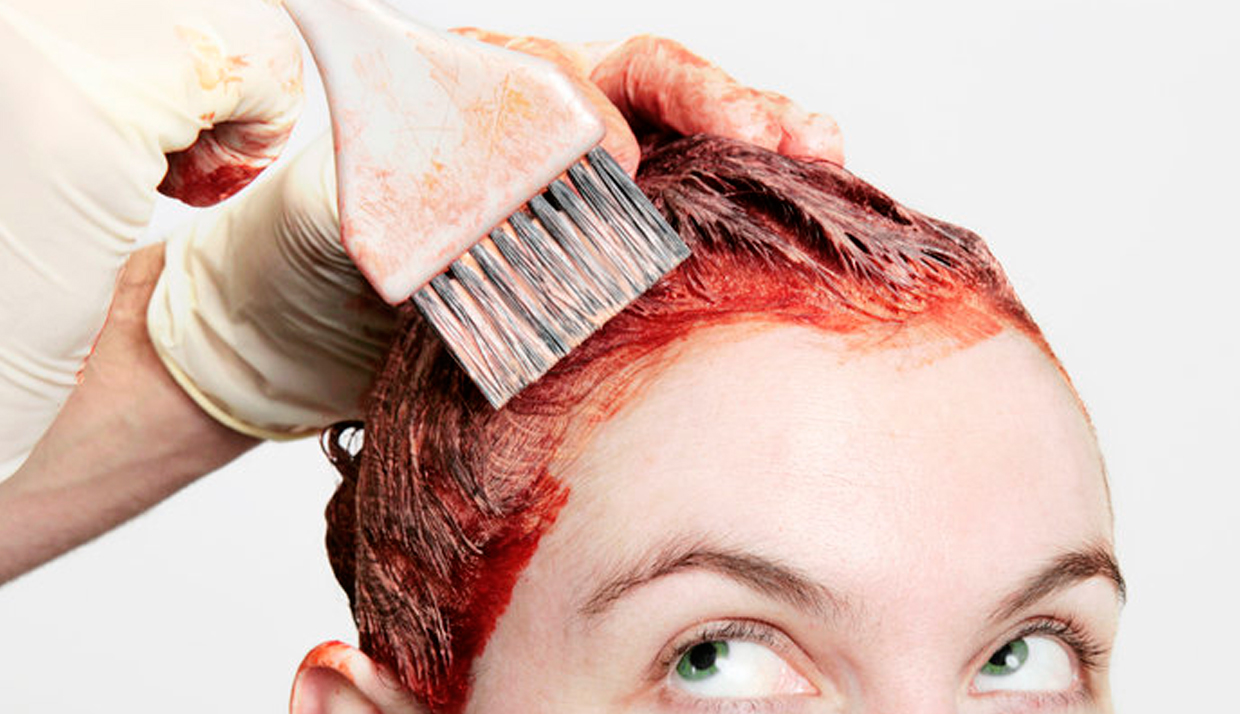 There’s long been an unwritten rule that pregnant women shouldn’t dye their hair, for fear of causing undue harm to the fetus growing inside of them. It’s unclear what sparked this concern, but women continue to ask: Is it safe to dye my hair while pregnant?

Women’s worries about hair dye chemicals, such as ammonia and peroxide, are understandable. But as StyleCaster reported, the concentration of chemicals in hair dye is very low. Are the small quantities used to color your hair enough to put you at risk for serious health problems?

We spoke to four doctors to find out and, according to all of them, the simple answer is no. If you’re already dyeing your hair regularly without any problems, you don’t need to stop if you become pregnant.

Everyone we spoke to noted that hair dye generally isn’t in contact with the skin on your head long enough to do any significant damage or cause harm.

“It just does not stay in contact with your skin long enough to absorb into the blood stream in a way that is harmful to a growing fetus,” Dr. Angela Lamb, director of the Westside Mount Sinai Dermatology Faculty Practice in New York City, told HuffPost. “My vote is that hair dye is completely fine.”

Dr. Jennifer MacGregor, a board-certified dermatologist at Union Square Laser Dermatology in New York, expanded on that point, adding that while “intact scalp skin should absorb very little dye, a cut or scrape can increase absorption.” That means if you have any open cuts on your head, you may absorb more product (but for what it’s worth, we wouldn’t recommend dyeing your hair if you have cuts on your head anyway).

Some articles recommend that women who want to dye their hair during pregnancy should do so after the first trimester, but it’s not necessary to hold off, according to Dr. Cynthia Gyamfi-Bannerman, Ellen Jacobson Levine and Eugene Jacobson Professor of Women’s Health in obstetrics and gynecology at Columbia University Medical Center. People talk about waiting until after the first trimester because that is the period in which the fetus’ organs are being formed, she said.

“If you want to be ultra-conservative, for any situation, any medication exposure, [waiting until after] the first trimester is something you can do,” she added, “but there’s really no reason from expert consensus to do that.”

The main issue you might face when dyeing your hair, whether you’re pregnant or not, is irritation or a potential allergic reaction from the product coming in contact with your skin, said Dr. Fitzgeraldo Sánchez, Director of Dermatology at Maiden Lane Medical in New York.

According to all four doctors, there just isn’t enough conclusive evidence or research to suggest dyeing your hair while pregnant will cause harm to your fetus. There have been a few studies linking the use of hair dye to an increased risk of certain types of cancer, but there are also studies that have found no connection at all.

The research out there about this topic is minimal. That’s because studying any potential negative effects of hair dye on pregnant women and fetuses isn’t exactly easy, MacGregor explained. For instance, a well-designed study would require one group of pregnant women not using any dye and another group with regular and/or long exposures to hair dye to see if there is an increase in adverse effects among the latter group.

“If there is any possibility that a potentially toxic or carcinogenic (cancer-causing) substance or chemical could reach a growing fetus, no one would take a chance and do a study to look for safe levels and risk harm to even one fetus,” MacGregor said.

If you are still concerned about potential negative effects of using hair dye while pregnant, Sánchez suggests alternatives like vegetable-based dyes that don’t have the same irritants. You could also opt for highlights or other dyeing techniques, such as balayage, that don’t require dye to touch the roots. Researchers at Northwestern University are also experimenting with a new type of hair dye they believe to be less harmful than traditional products, so there could be even more options in the future.

If you’re dyeing your hair at home, you should also be sure to read all the package instructions, wear gloves when applying the dye and leave the product on for no longer than directed.

But, as Gyamfi-Bannerman reiterates: “The general consensus and the information the American College of Obstetricians and Gynecologists gives to their patients is that it’s generally considered to be safe.”